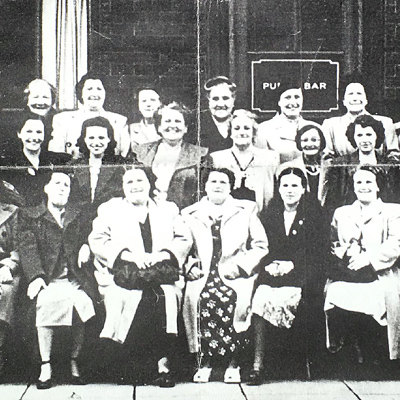 I’ve wanted to see the film Suffragette for a long time, not least because my great grandparents played a huge part in the movement and even featured as characters in the film. But what struck me most about the movie was the depiction of abject poverty that the working classes had to endure back then.

Sure, I’ve seen this kind of thing in many films, but maybe it was because of the closeness that it really hit home for me here. To think that was only 100 years ago does say a lot of how far we’ve come in that short time.

Of course, the divide between the have and have-nots is far from ideal even today, but that sort of poverty where someone has to give away their children for lack of money to feed them, I hope is a rarity in this country today, more than commonplace.

It’s so very easy to sit on our computers, ranting on social media about our woes, when what we have would have seemed like luxury to our century-old forefathers. That’s not to say it’s irrelevant – everything is relative – but maybe we should take stock sometimes of how our lives would have been if we had been born a century ago; our workplace, home and family lives. Especially for women and children.

Our children have a large price to pay for the growth and luxury we’ve created, that’s for sure, but I hope with the exceptional technology and the innovation we’ve created over that time, they never have to go back to the bleakness of those times.

I have nothing more to add here other than to maybe suggest we be grateful for all we have, even if it isn’t exactly what we want. I am in awe of my great grandparents’ sacrifices that allowed me to be here, so to show gratitude is the very least I feel I can do to celebrate their ordeals.