Scroll down for Helen’s Biography 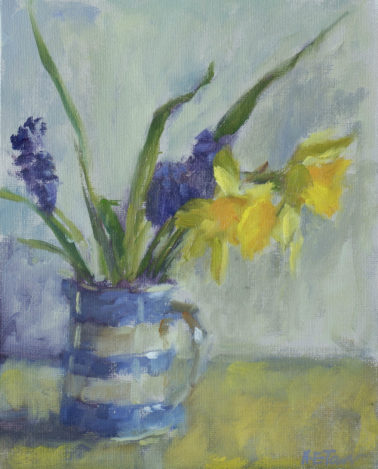 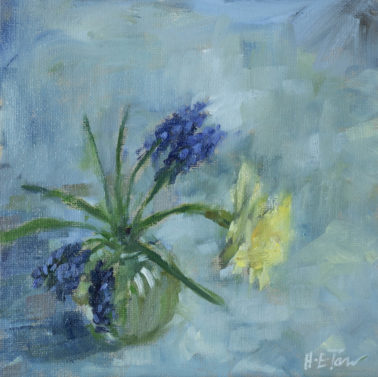 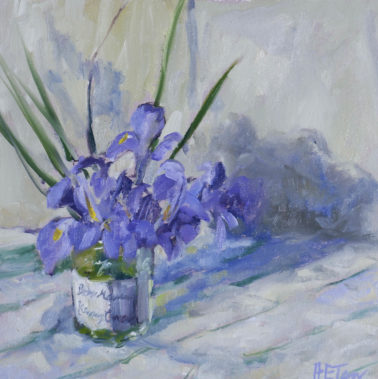 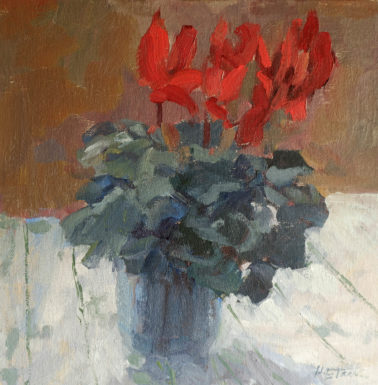 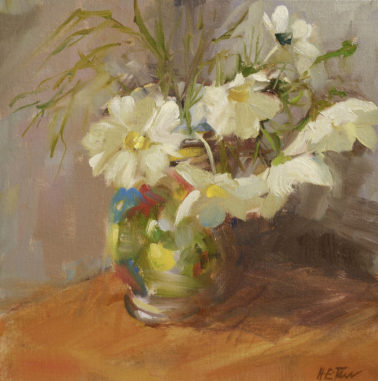 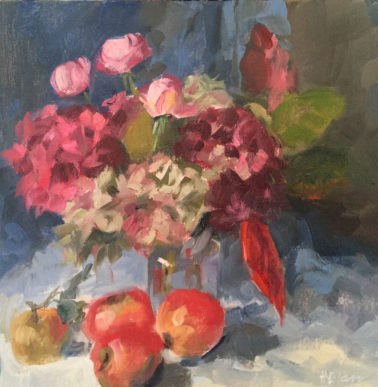 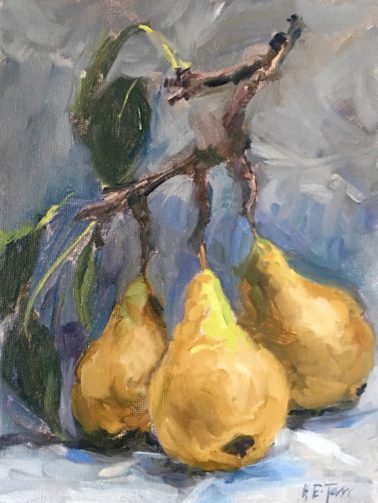 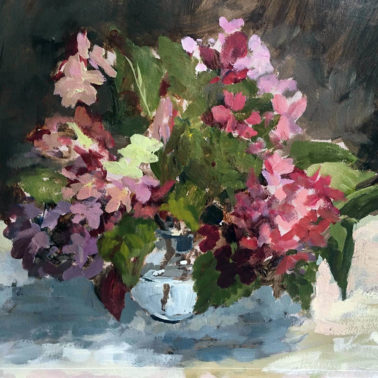 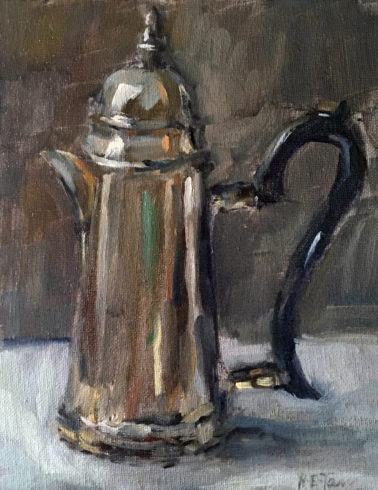 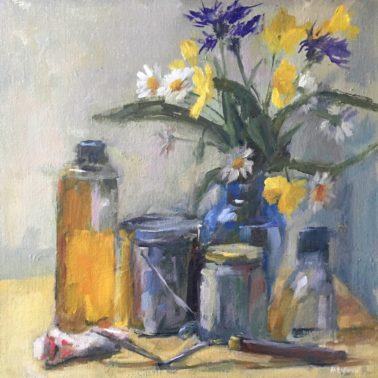 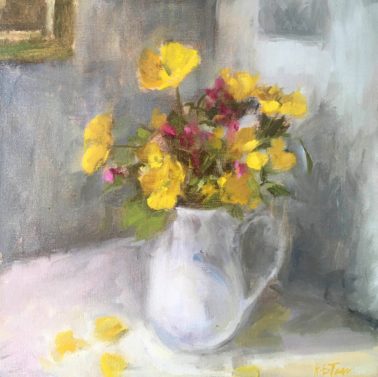 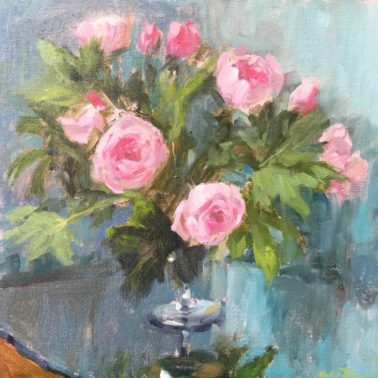 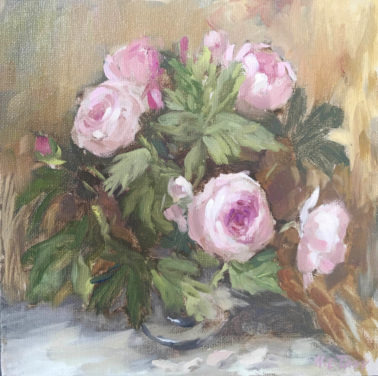 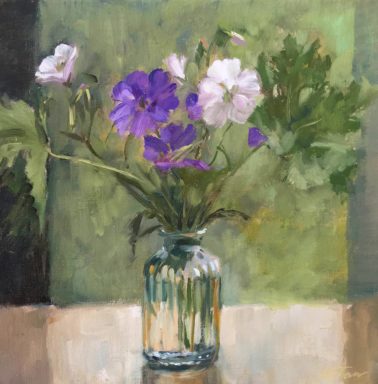 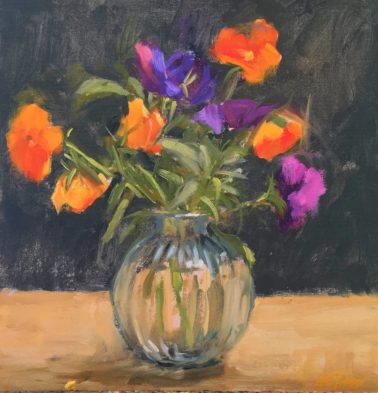 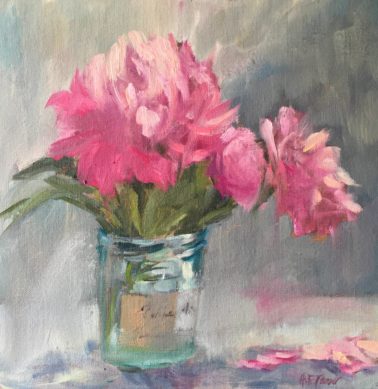 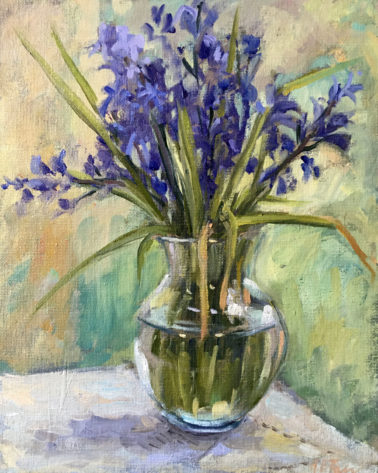 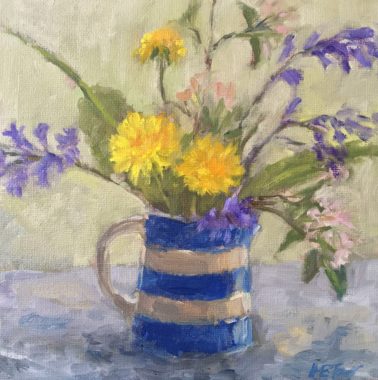 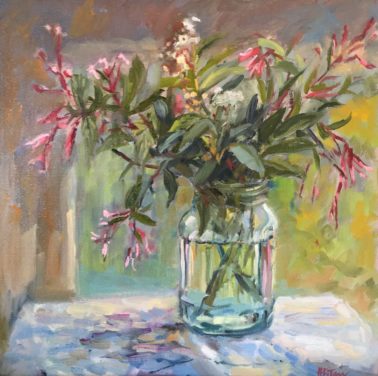 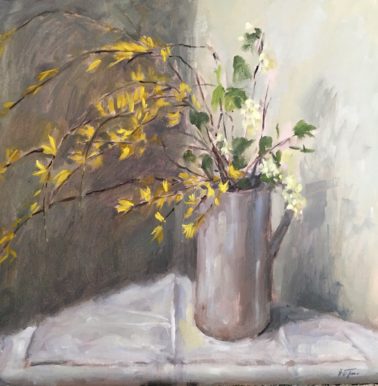 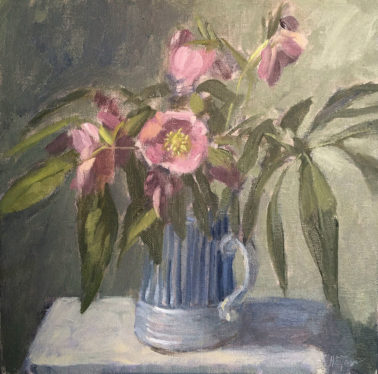 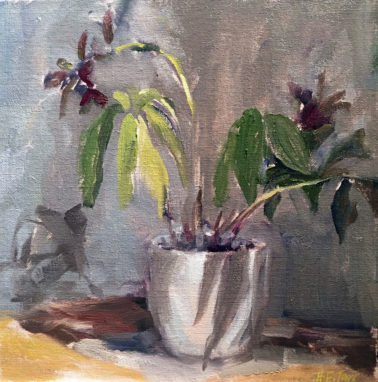 Helen Tarr grew up on a South Gloucestershire farm where her early love of drawing and painting was inspired by the farm buildings and Cotswolds landscape around her. Following Foundation studies in Art and Design at Gloucester College of Arts and Technology in Cheltenham, Helen moved to Stoke-on-Trent to study for a BA in Fine Art at North Staffordshire Polytechnic.

After settling in Birmingham in the 1990s, Helen gained qualifications in adult education and began teaching art classes for adults. She later went on to complete an MA in Fine Art at the University of Central England in Birmingham. Inspired by the city centre she created a popular series of oil paintings that captured the city at dusk.

Returning to live in Staffordshire in 2015, Helen began revisiting old haunts in her former home of Stoke-on-Trent. The derelict factory buildings and waterways of the Potteries became the subject of an atmospheric series of paintings, to which she hopes to return next year.

In the Spring of 2020, Helen turned closer to home for inspiration. The flowers from her garden combined with an assortment of pots and vases provided an enthralling new theme. Helen’s lively still-life paintings are created ‘alla prima’, in one sitting, working quickly in oils or acrylics to capture the fleeting play of light across the subject. A recent floral painting was featured in The Artist magazine and she was commissioned to produce a demonstration article for the magazine which will be published next year.

Helen’s paintings are in collections both in the UK and overseas.