Scroll down for Jenny’s Biography 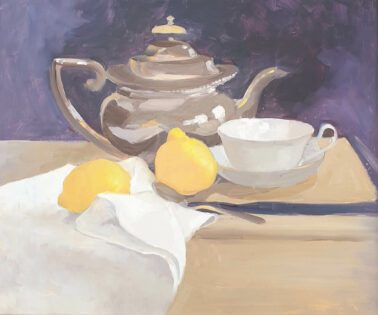 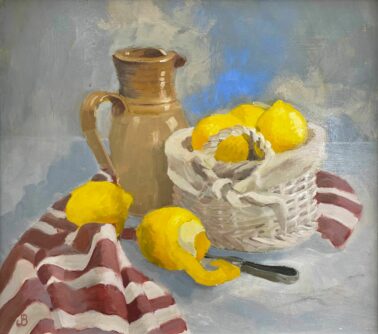 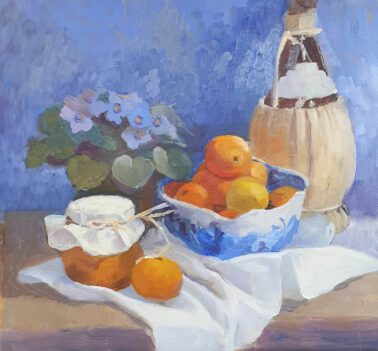 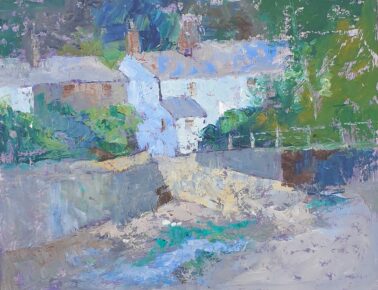 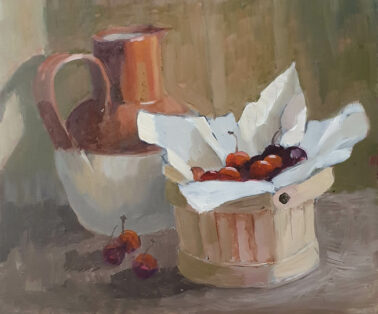 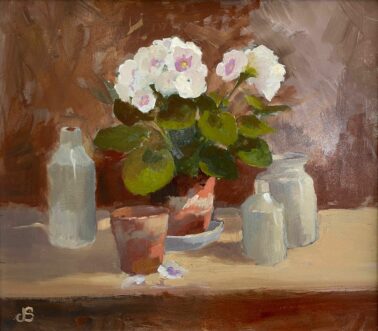 Jenny Sutton  studied Fine Art at Reading University before turning to graphics and typography as a career.

In the eighties Jenny became a full time painter and, at the time, her obsession with simple kitchen and garden objects led to many well drawn and crafted still lifes.

Her work is influenced by William Nicholson, Anne Redpath and Pamela Kay and, more recently her painting has been focussed on Cornish coastal villages using a combination of palette knife and brushwork which give the work a rustic surface character.

Jenny was elected an Associate of the Royal Birmingham Society of Artists in 2005, and she became a full member in 2007 and she has exhibited regularly at the Royal West of England Academy, The Royal Institute of Oil Painters, The Society of Women Artists, and the Sunday Times Watercolour Competition to name a few. She has also worked with many private galleries in the UK and was shortlisted for “Artist of the Year 2019” by Artist and Illustrator magazine.

She has work in the permanent collection of the RBSA and in many private collections in UK, Italy and worldwide.