Scroll down for Karen’s Biography 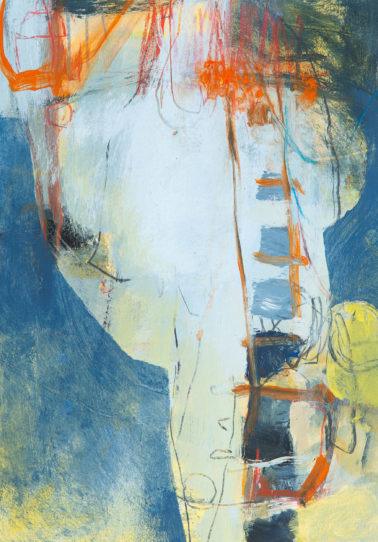 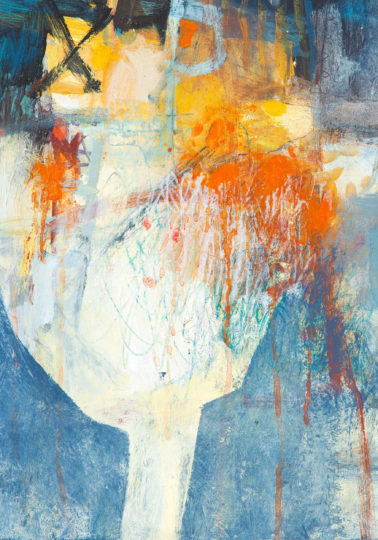 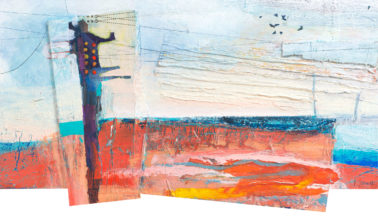 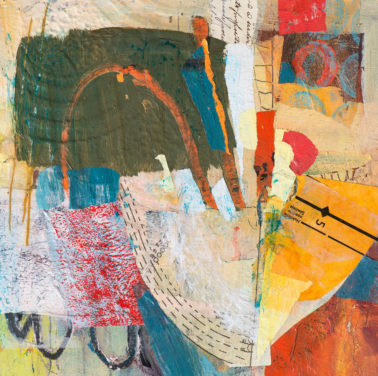 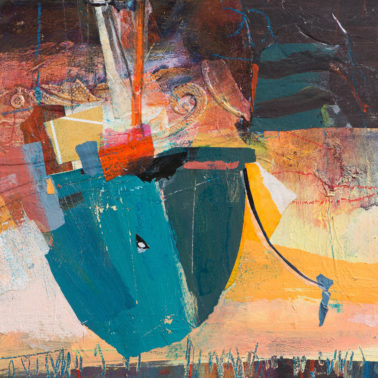 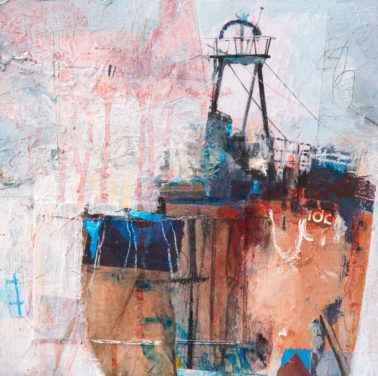 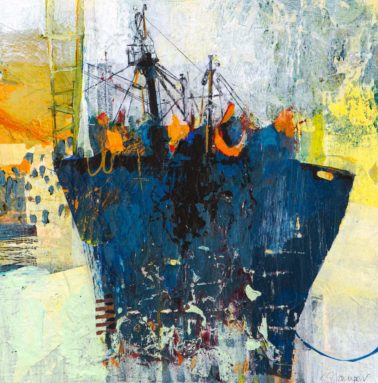 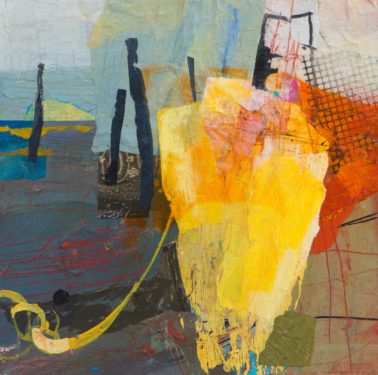 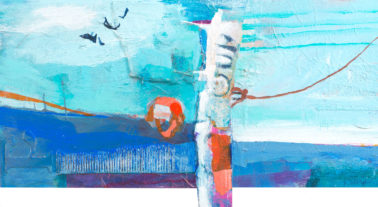 Karen Stamper grew up on the east coast of Yorkshire. As a beachcomber, she was attracted to the faded painted wood, scraps of gaudy plastic and brightly coloured fishing floats and nets, all sun dried, sand blasted, weathered.

Later, at Art College in Bradford, she was draw to the dense, flat colours of silkscreen printing and on a scholarship to Paris, she discovered Matisse’s cut-outs for the first time; the intensity firing her imagination.

After college, she travelled intensely through Turkey, Greece, France, India, Morocco, the Caribbean, eventually settling in New Zealand before returning to the UK ten years later. She crewed and raced on yachts, painted scenery for Indian celebrations, taught art to Polynesian boys and worked as a freelance illustrator and a tour guide; all the time constantly sketching and collecting a rich source of resources for her collages.

She has been recently drawn to the urban shorelines of the UK, especially the dramatic cranes and docklands of Felixstowe and Harwich; collecting, layering and absorbing the places she visits, until they are embedded into her artwork.

The visual energy of her compositions, colour and the surfaces of her work feed her soul. From beachcomber to city comber, Karen is always seeking, gathering, and arranging her findings to enrich her ever more sought-after collages