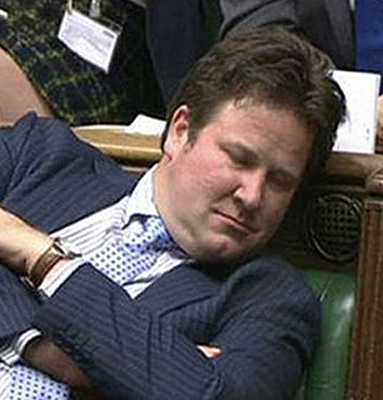 I find it interesting how easy it is to draw misconceived interpretations from a situation. A friend recently ranted on social media about how politicians seemed to be sleeping on the job. I pointed out that in reality, quite the opposite was happening in that image as the house of commons has small speakers in the seats to listen intently to a speaker across the room.

Back in the nineties I remember a clever pop video that first showed seeming violent acts until the heartwarming truth to the scenes was revealed later in the song. A wonderful filmic version of the same theme.

We do this with people, too. We see someone who looks or acts a certain way that reminds us of someone in the past who acted that way and, boom!, our prejudices immediately come to the fore.

I’m not judging here so much as making an interesting observation; something I’m guilty of, too. I suspect it’s rooted in our natural instinct to detect danger for survival purposes but as we get older, I would have hoped our judgement would be somewhat more questioned. Maybe it’s the immediacy of social media and the tech age; a quick knee-jerk judgement of an image or a headline, then we move on without thought.

Like the image above, when I can these days, I try to reflect on what could be happening rather than what seemingly is being suggested before making my judgement. I feel very few people do anything gratuitously evil and I that first trying to walk the proverbial mile in their moccasins is always a great start to understanding a person’s truth. In reality, though, I wonder if our judgements are more a reflection of our outlook than another’s actions?